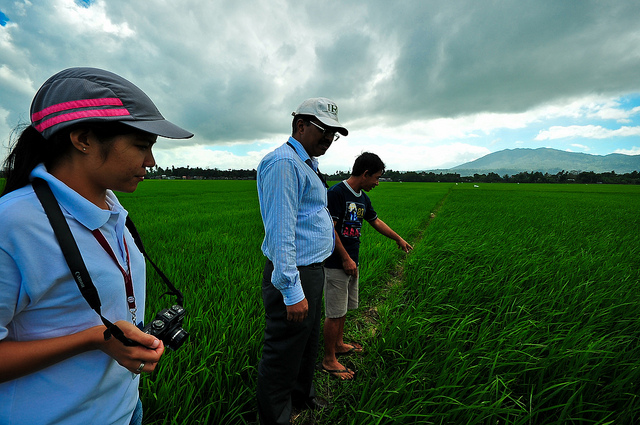 Rice cultivars that can produce high and stable yields with less inputs (water, fertilizers, pesticides). Thus, GSR varieties are climate-smart and can help farmers protect the environment—and themselves.

Climate change poses a big challenge to smallholder farmers who already have limited land and financial resources. Unpredictable weather patterns make them even more vulnerable to crop losses. Giving farmers access to GSR varieties that can withstand multiple stresses from climate change can help mitigate its impact on their livelihood.

GSR varieties are a mix of more than 500 promising rice varieties and hybrids that are tolerant to, different abiotic stresses such as drought, floods, salinity, and other stresses. They have been proven to perform well even with less inputs, such as fertilizers and pesticides, that are costly and, sometimes, harmful to people and the environment.

Built from the successful development, testing, and release of GSR varieties in phase 1 and 2 of the GSR project, which was funded by the Chinese government and Bill & Melinda Gates foundation, the GSR project has the following objectives: